By Jay Halstead, Overstreet Advisor and Director of the International Comic Exchange, November 2020

“Bob Overstreet used to preach the slow and steady approach, which I’m not a huge fan of, when a book goes up and is trading for a higher amount, my feeling is that the book should show significant upward momentum in my survey. But unlike Bob who rarely went backwards on values, we are a small unit who still are early enough into this where we can make corrections where need be.”

As I write this report, I am in the middle of working on this year’s CPV values survey for the 2021 guide. If you’re new to our guides, here is how we do it: The first step is when Ben sends around a spreadsheet to each of us, with 125 or so of the top CPV issues, and asks for our updated 9.2 variant value opinions. We then spend several months working on filling in the numbers. 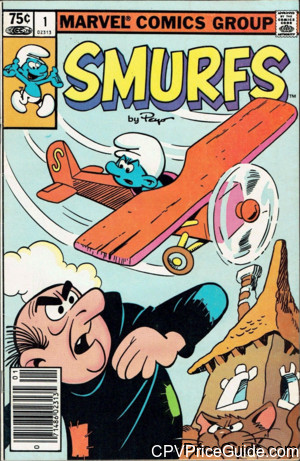 Before I joined the guide team, they figured out a smart way to turn all of our individual surveys into values for the guide. For each of the issues in the survey, Ben calculates the median advisor value. Here’s how that works, with an example from last year: Smurfs #1.

How did we arrive at $70 for the 9.2 value (last year) and how will we do it again this year? First Ben will list out each of the values he receives back for Smurfs #1 from lowest to highest. The median is then just the center of that list, where half of us thought the value should have been higher and the other half lower. What’s nice about this approach is that we’re always going to disagree, and this way resolves the disagreement with equal numbers of us on either side of the argument.

Last year I valued the Smurfs #1 CPV at $10 in 9.2 and our group median was $70. So this is a book where I have a pretty big disagreement with the rest of the team. I realize that at the time I gave this $10 number in my survey, the OPG #49 value for regular copies in 9.2 was meanwhile $22, and I want to explain that I do not think the CPV is less valuable than the regular copies. Instead, I feel that Overstreet’s number is too high. Much too high.

Bob Overstreet used to preach the slow and steady approach, which I’m not a huge fan of, when a book goes up and is trading for a higher amount, my feeling is that the book should show significant upward momentum in my survey.

But unlike Bob who rarely went backwards on values, we are a small unit who still are early enough into this where we can make corrections where need be. I am giving a lower value on several books this year in my survey, like I did for Smurfs #1, as I feel that I need to guard against arbitrarily putting in a higher number just because another year has gone by. Doing that serves no real purpose. 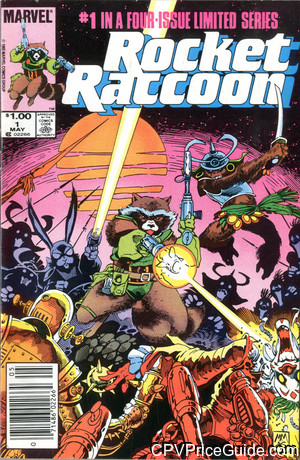 Another book I valued lower this year is Rocket Raccoon #1. Last year’s guide had it at $108 in 9.2. Did anyone else notice the CGC 9.8 auction for that CPV in September? It only went for $224.50 in 9.8, ouch! On ICE, we sold a high grade raw run (on ebay), and I think we only got $77 Canadian for all 4 books (and the #1 was a solid 9.4). I’m giving a much lower number on this book in my survey this year, because that’s the reality of the market. If I gave it upward movement it would just look like I was pushing an agenda!

I’m certainly not advocating for a full across-the-board price decrease, and there actually were some really eye-opening CPV sales on the upside for the year so far, but IMHO, the “broad CPV market” has stalled and in my survey I’ve ‘peeled-back’ some of the price escalations of the past. The total CPV market is not just the handful of top keys most focus upon, and this year I’ve seen more decent grade CPV’s sell for little money (say $2-5), than I have in the past few years. I’m not implying it will stay here, but for 90% of the CPV’s in 9.2, we are at a peak.

There is no question that in 9.6 or 9.8 these books can and do go for incredible money (mainly the keys and Star comics of course), but in raw 9.2 (which is what we use for our guide), I’d argue most of the prices are already high enough and in certain cases too high. 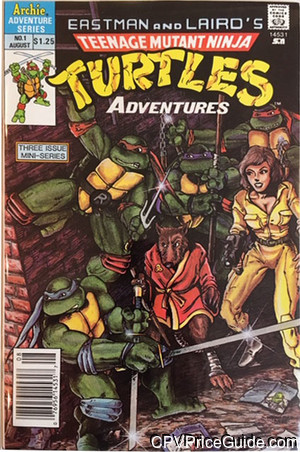 Amazing Spider-Man #238 also shows no signs of slowing down and although there have been a few ‘give-away’ sales on eBay, it needs to go up again.

GI Joe #21 might be the most in-demand CPV of them all, I’ve seen absolutely atrocious copies selling for crazy money, everybody wants one with no copies to satiate demand.

There are others, those are just a few examples. As I write this I’ve still got another 30 or so prices to come up with for the survey, and then I’ll turn it in. Looking forward to seeing the end result; our 2021 guide should be the best yet!