“I started classifying comics as CPVs about 12 years ago. At first, I was surprised to see that roughly 80% of all my sales were predominantly from fellow Canadians. Now that CPVs are more mainstream, I would estimate that about 65% of my CPV sales goes to the States and this percentage continues to rise.”

Hello fellow CPV fans! My name is Tony LeBlanc and I want to begin by thanking Ben, Angelo, and the rest of the CPV Price Guide team for this great opportunity to participate in the latest edition of the guide.

The premise of this article is to provide collectors with a unique perspective from a seller’s vantage point. Although the seller’s market has really opened up in recent years, I’m sure some of you older CPV collectors will recognize my eBay handles “mewant! / melike!”.

Most of everything I’ve sold over the past few years have been CPVs and pretty much everything in the top 100 and more, have come through my seller’s account. It’s been pretty fun along the way and I have networked with a lot of great CPV enthusiasts who happen to be extremely engaged within this particular niche.

I have also had the pleasure of working in the newspaper circulation industry for nearly 30 years (currently with the Winnipeg Free Press) which has given me a good understanding of single copy sales and wholesale/retail distribution practices.

Prior to Ben’s Blog

I started classifying comics as CPVs about 12 years ago with absolutely NO success. Although I was able to convince a lot of people that logically, CPVs were much scarcer, the problem I was facing was that no-one was willing to shell out a premium for them!

A bigger challenge still, was convincing people that these comics originated in the US and were not Canadian manufactured reprints as seen during the 1940s. Sadly, as a seller, I was actually better off not bringing any attention to it. I didn’t get a lot of support from Canadian comic book vendors either, with many of them laughing it off. One guy I remember in particular, thought I was a complete nutjob for cleaning out all his key CPVs from his store.

Thankfully though, Ben’s blog started to publish some excellent research in support of this claim and at that point everything started to change. Prior to Ben’s groundwork work on CPVs however, I think some credit needs to be given to fellow Manitoban Doug Sulipa for introducing the scarcity of selected bronze and modern Whitman comics that helped carve out this new collectable niche.

And what’s nice about CPVs though, is that there seems to be enough raw supply to meet a growing collectable market with pricing within reach of most collectors.

Soon after Ben’s blog started, but before the first price guide, I started really pushing CPVs and everything was selling. Even the non-keys. In particular, customers were really snapping up the paired copies I was selling with the US version and even the triple copies that included the direct edition. I highly recommend you sell your non-keys this way if you’re able. It will help move them for sure.

And I have to admit taking a few screen shots of Ben’s research analytics to help with the sale! At the same time, spreading the word and educating people. Great tool to use!

The difference compared to selling today, is that there wasn’t huge premiums for key issues back then. In general, most $10-$50 items were selling at about 15%-20% more than their US newsstand counter-part, in the same condition. It was during this period when some early collectors must have made a real killing! Kudos to James in California and Bill from Barrie Ontario to name a couple of keen investors!

Here are some interesting observations I’ve made from selling CPVs….. 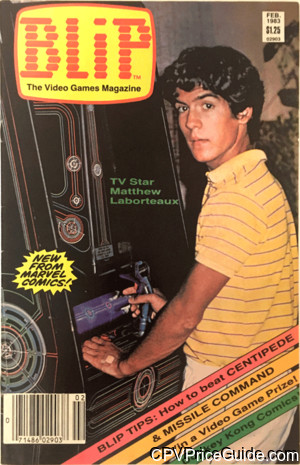 With CPVs having gone mainstream now for a few years, it will no doubt continue to draw in more collectors. And because of this steady inflow, I suspect that anything in the top 50 will remain popular, highly desirable, and continue to sell very well. Although the top 50 may change slightly from year to year, these issues have always been good sellers. I have however, started to see much more interest and corresponding higher prices coming from books outside the top 20 and in particular, what I consider to be the “hard to find” issues. 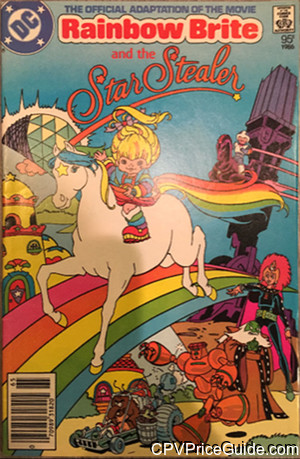 These are books typically with lower print runs, that serviced smaller niche markets, and targeted very young children where HG survival rates are extremely low. People snapping these up are traditionally my more seasoned and longtime CPV customers, who over time, have come to recognize and appreciate just how hard these books are to come by. Personally, I have a number of ebay searches set up for myself for a variety of obscure issues that if I’m lucky, will generate 1 or 2 results/yr. Some never!

Titles like Marvel’s Blip and DC’s Rainbow Bright in my opinion, are the Unicorns in this business and should absolutely command much more than current book values. I recently sold a raw Blip 1 in F/VF for $350 to one of my favorite regulars who definitely appreciated the rarity of this item. As more collectors gain experience in this market, I totally expect them to be going after “the obscure” for 2021.

Last, I would venture to say that 2021 will show a much stronger demand for key issues and #1s within the Archie, Harvey, and Gladstone families.

Anyway, I hope there was at least something from this article you can take away or find insightful. I wish you all the best in treasure hunting for 2021!