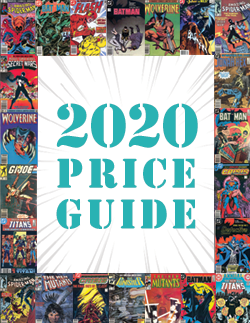 My name is Benjamin Nobel, and I’d like to welcome you to the Rare Comics Blog!

Below you will find a list of my latest posts by category, followed by a welcome/introduction which I would encourage you to read if this is the first time you’ve landed here.

12/2016 – An Open Letter To Overstreet [C’mon guys, well past time to break out newsstand comics in the guide, especially 1980’s cover price variants]

4/2020 – Collecting Comics During The Coronavirus Pandemic

2/2017 – People are noticing newsstand comics! The WordPress stats page tells me that someone found my blog today by searching the web on the phrase “why are newsstand comics worth more?” … They have asked a great question — so I put up a new page to answer that exact question! 🙂 [Related: “Nice book, too bad it’s a direct edition”]

5/2017 – What If Venom Possessed Deadpool? What If There Was A Rare Cover Price Variant?

6/2016 – A practical guide: Canadian Price Variants — How To Spot Them

As part of our latest price guide to Canadian Price Variant comics, we have a robust Market Reports & Articles section with market reports and articles contributed by guide collaborators as well as outside contributors. These reports & articles each represent the views of the individual authors. Below, click any report title to read the full article. For convenience, last year’s articles are included; new articles published subsequent to last year’s guide are denoted with: “

Notable Sales, Archie “Phase 1” CPVs, and Widening 9.8 Premiums
By Bill Alexander — “I have noticed a continuing widening gap in sales prices between certified 9.6 graded comics and certified 9.8 graded comics that are of the same issue number. …” [ continue reading » ]

Fun, Frustration and General Observation
By Tim Bildhauser — “Regardless of which perspective one may have about CPVs, there’s no doubt and no denying that they’re becoming a greater force in the mainstream of comic collecting …” [ continue reading » ]
Price Variants and the International Collector
By Tim Bildhauser — “One of the main styles of collecting comics, that is growing in popularity, is assembling what is referred to as a set …” [ continue reading » ]

CPVs Are Hot on ICE
By Walter Durajlija — “Can you believe, with how hot this book has been, that it’s now been almost 4 years since an Amazing Spider-Man #238 CPV has sold in 9.8? …” [ continue reading » ]
Canadian Whites and Type 1A Variant Perspective
By Walter Durajlija — “I would advise collectors in Canada to zoom out and keep the ‘big picture’ in mind when it comes to Type 1A variant scarcity …” [ continue reading » ]

2019 in Review
By James Gilbreath — “Once a niche topic, CPV discussion has exploded on comic forums everywhere in the last few years …” [ continue reading » ]
A Short History in Comics: 35 Cent Cover Price Variants and Various Reminiscences
By Jon McClure — “It’s been a fun and challenging ride so far, and I think it’s just getting started for Type 1a Variants, so sit back and enjoy the fireworks …” [ continue reading » ]

Hi, thanks for stopping by!

I started blogging about Rare Teenage Mutant Ninja Turtles Comics in 2011, then created a blog for Rare Spawn Comics and Rare Savage Dragon Comics — with these characters ranking among my favorite all-time comic book superheroes outside of the Marvel universe and DC universe. 🙂

The format of those blogs has been to profile specific rare and interesting (and hence valuable and/or highly collectible) comics. For example, I profiled Teenage Mutant Ninja Turtles #1 (May 1984) which is the most highly valued and collectible TMNT comic book of all time, with a print run of just 3,000 copies and featuring the first appearance of the turtles (that blog entry also touches upon Gobbledygook, which was hand-produced on a Xerox photocopier on legal-size paper folded in half and stapled by hand).

I have also profiled the little-known comic Graphic Fantasy #1 (1982) which was a pre-Megaton fanzine self-published by Erik Larsen with a print run of just several hundred copies and containing the first appearance of the “original” incarnation of Savage Dragon. On account of being so incredibly scarce and therefore nearly invisible, the industry completely overlooked it for years and credited Megaton #2/3 with the key first character appearance… But recently some copies of Graphic Fantasy were graded and the CGC “1st appearance credits” for Savage Dragon comics were re-considered and are now allocated differently than they’d been before.

On the Spawn blog I have profiled such comics as the Spawn #1 “Black & White Edition” (1997) which had a print run on the order of 3,100 copies and Rust #1 “Special Limited Edition” (April 1992) which had a restricted print run believed to be limited to 10,000 copies and features a pre-Spawn-#1 full page black & white pin-up by Todd McFarlane to promote the upcoming release of Spawn #1 — that pin-up featuring a sketch of the artwork later used for the cover of Spawn #2, and including a “prototype” Spawn logo that was later tossed aside in favor of the logo ultimately used in the series.

For this blog, I will post about general comic book collecting “themes” that I find to be particularly interesting — like newsstand vs. direct edition comics — and over time I will also profile specific comics outside of Spawn, Savage Dragon, or the TMNT. This blog is also now the home for the hobby’s very first online comic book price guide for Type 1A 1980’s newsstand cover price variants from Marvel & DC.

A recurring “theme” I will return to often in the Savage Dragon and Spawn blogs, is that when Image Comics made its debut in 1992, the Newsstand Distribution Channel for comic books in general was already in major decline. To attain any newsstand distribution against that backdrop was a challenge for Image; collectors would learn in 2013 that Image sold only on the order of 1% of their comics on newsstands versus 99% direct sold to comic shops.

This ratio for Image already creates a disparity in rarity that is critical for collecting early Image keys (where collectors should arguably clearly prefer the newsstand copies which have UPC codes on them — the prevalent direct edition copies lack these UPC codes). But equally interesting is that the challenging nature of newsstand distribution led Image to elect manufacturing choices for their newsstand print runs that in some cases were different from their direct edition print runs — in other words, the newsstand print runs were often produced differently!

These differences were likely to control costs, with choices such as manufacturing the newsstand copies with cheap newsprint paper instead of glossy; or different thickness paper for the cover; or omitting special features like centerfold posters. As a result of these manufacturing differences — when they occurred — CGC treats such newsstand copies as distinct “variants” on the CGC census. Meaning we can actually study some data on how many of each type (direct edition and newsstand) have been graded!

And in addition to manufacturing differences, there are other “special situations” where CGC breaks out newsstand versions as distinct variants on census. You may see CGC graded comics that say “Newsstand Edition” but also “Canadian Price Variant” — and most recently you will find Newsstand Variants and $3.99/$4.99 Newsstand Editions (that last variant category — a “class” of cover price variants — only being created/recognized at CGC in 2016).

Relative value: that’s what I look for, that’s what intrigues me most, and that’s what I enjoy writing about. Thanks for visiting, and as you read any of my posts, if you have additional information you can add to the discussion that I missed, please do so in the comment section either on the post in question or here on the main page — I continue to be humbled and amazed at how much I learn from readers! 🙂 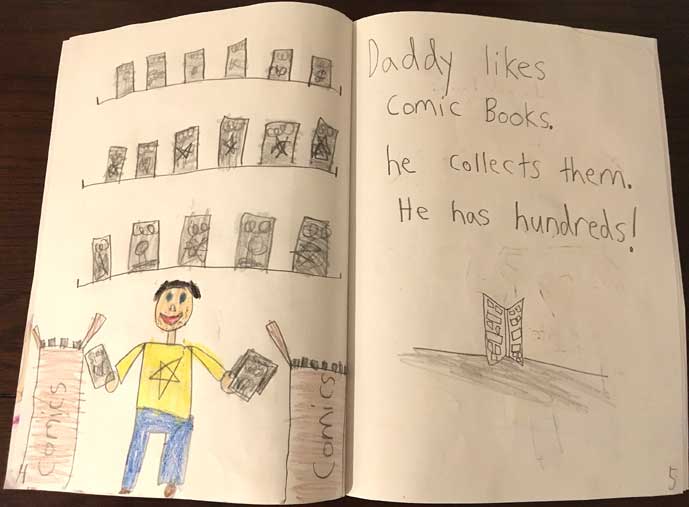 Rare Comics Blog: About Me — From My Kids’ Perspective